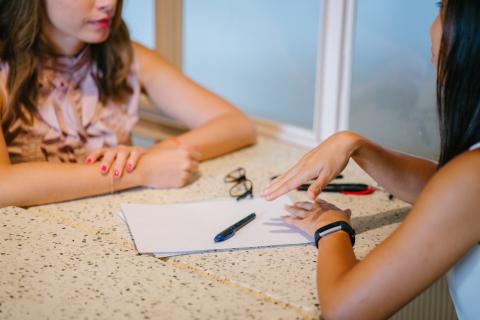 “The proof-of-concept study tested how these findings might be delivered in routine care,” said lead author Martin Vu. “However, the cost of providing such a service in the health system is still largely unknown, so that was what the health economic analysis aimed to clarify.”

“Investigation of different service models is needed to inform effective delivery to patients and optimise organisational resourcing and costs.”

Vu’s modelling demonstrated that the average total cost of providing additional findings in the proof-of-concept delivery was AU$298 per patient. An additional finding was identified in 10 per cent of patients (8 of 81), thus the cost of identifying one patient with a finding was approximately AU$3,013.

Importantly, the modelling also found that service costs could be reduced by as much as half if aspects of patient decision-support and testing could be automated.

“If the testing process and patient decision-support was largely automated, costs would average about half, at AU$146 per patient,” Vu commented. “Even in a scenario where telehealth was used instead of in-person appointments, costs fell to around AU$163 per patient.”

“In short, the cost of providing additional findings could reduce by 40 to 51 per cent through more automated approaches to laboratory analysis of the genome, and by adopting telehealth and other evidence-based communication platforms.”

“This modelling shows that the cost of providing additional findings could be surprisingly low. Together with other results to come from the additional findings proof-of-concept, this health economic analysis can inform the development of future service policy and practice,” Prof IJzerman said.

The health economic modelling has been published in Genetics in Medicine.

For more on the Additional Findings proof-of-concept study, read the protocol paper here.

How can a support group help you?

What I wish I'd known as a new genetic counsellor

Pathways to a genetic diagnosis