Tyler and Hayden Smith are brothers whose lives have been transformed by genomics. Both experienced severe unexplained illness since birth, including Crohn’s disease, inflammatory bowel disorder, and respiratory tract infections amongst other things. 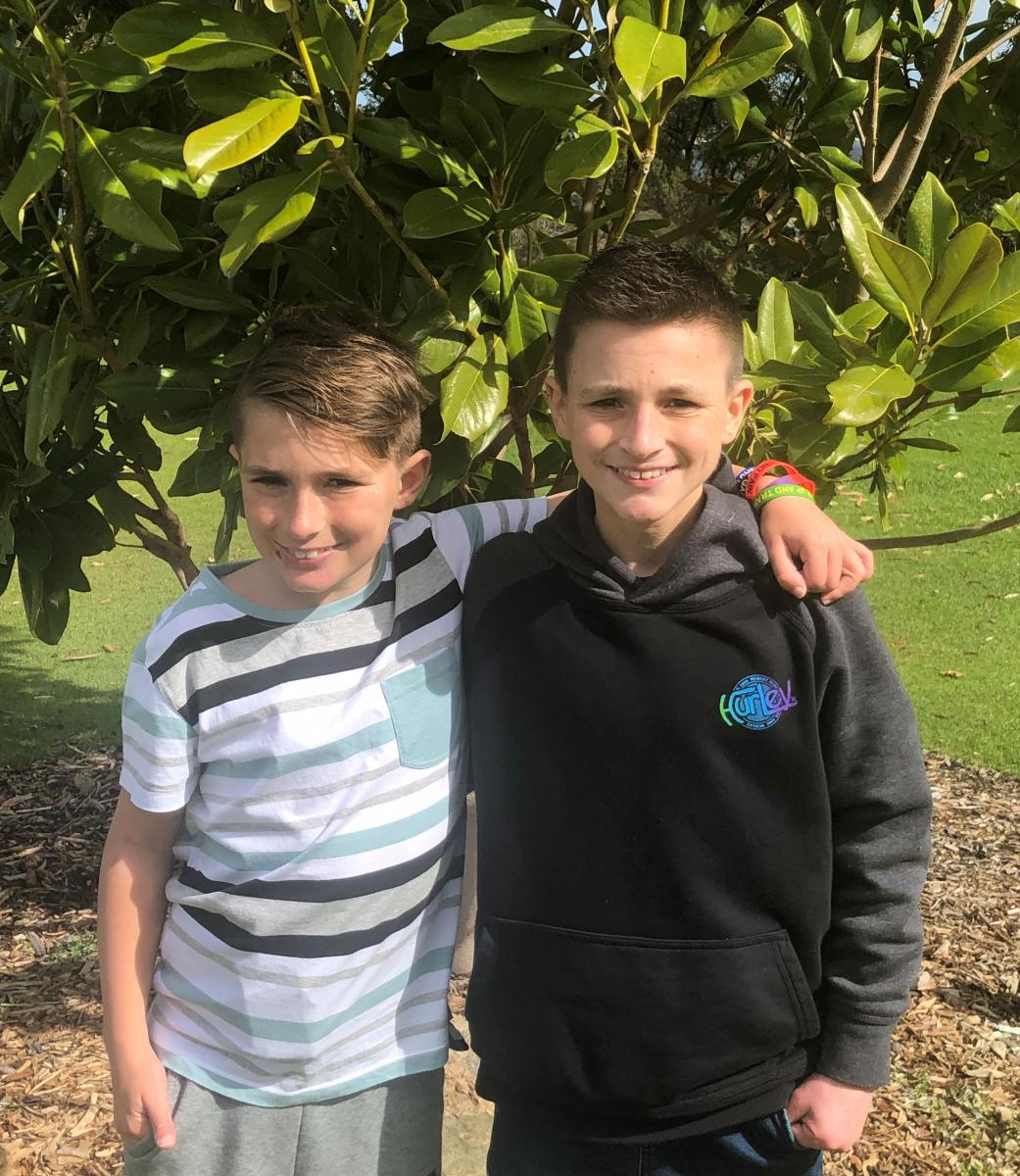 Tyler (12) and Hayden Smith (16) are brothers whose lives have been transformed by genomics. Both experienced severe unexplained illness since birth, including Crohn’s disease, inflammatory bowel disorder, and respiratory tract infections amongst other things.

The mysterious condition meant they spent a lot of time in hospital being treated. Tyler even had bowel surgery at age eight to have a stoma put in place in order to alleviate some of his symptoms.

The family saw multiple specialists and have had numerous medical investigations which all failed to find a diagnosis. However, doctors were suspicious of an underlying genetic cause.

Tyler was subsequently offered genomic testing through Melbourne Genomics’ Immunology Flagship. After combined effort from experts across specialties, a single variant in a gene called FOXP3 was identified to be the driver of the condition.

Changes in this gene cause IPEX (immune dysregulation, polyendocrinopathy, enteropathy, X-linked) syndrome. Having multiple autoimmune disorders is characteristic of the condition– most commonly affecting the intestines, skin and hormone glands. IPEX syndrome can be potentially life-threatening in early childhood.

Following confirmation that the variant had indeed caused their illness, the boys were able to receive appropriate treatment. Tyler received a stem cell transplant from donated bone marrow in August 2018, and Hayden in February 2019.

Instead of continuing to treat their various symptoms and disorders, genomic testing allowed for precision treatment that directly addressed the cause of their illness.

Hayden is now asymptomatic, with his brother doing well following his surgery. “It’s early days, but at this stage the boys are cured,” Dr Smart added.

Their mother Belinda was extremely happy to see her sons’ growth following the procedure. “It was such a relief. Now their future looks so bright and they can hopefully just live normal lives,” she said.

The family has had their lives transformed with the availability of genomic testing in patient care.