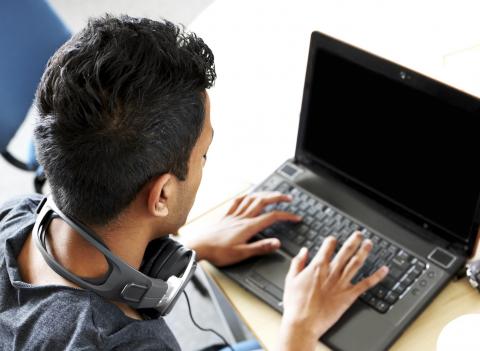 A bioinformatics pipeline analyses the data generated from genomic testing to determine which variants should be interpreted for a patient’s condition. It incorporates numerous tools and databases, linked together by a pipeline ‘manager’. Tool definitions are the part of the pipeline that describe how to run each of these tools to the pipeline manager. aCLImatise works by translating help text – which most bioinformatics tools provide – into tool definitions in two different pipeline languages, reducing the manual labour needed to create a new pipeline.

aCLImatise also incorporates a large database of approximately 20,000 tool definitions that is periodically and automatically updated, ensuring pipeline authors have access to the latest version of each analysis tool. aCLImatise is the first software of its kind to automate the generation of tool definitions to this extent.

“aCLImatise will make it easier and quicker for new laboratories to develop their pipelines, or for existing laboratories to implement new genetic or genomic tests,” said Dr Natalie Thorne, co-author and Lead of Melbourne Genomics’ Innovation and Technology team.

“This kind of support would not have been possible without a shared bioinformatician working across multiple laboratories and hospitals,” said Dr Thorne of co-author and lead developer of aCLImatise, Michael Milton.

aCLImatise is available for use by all laboratories and hospitals. The team are exploring expanding the software to translate a wider range of tools and providing tool definitions for other workflow systems such as Galaxy and Nextflow.

aCLImatise was recently published in Bioinformatics. Read the paper here.

The full list of Melbourne Genomics publications is available HERE.