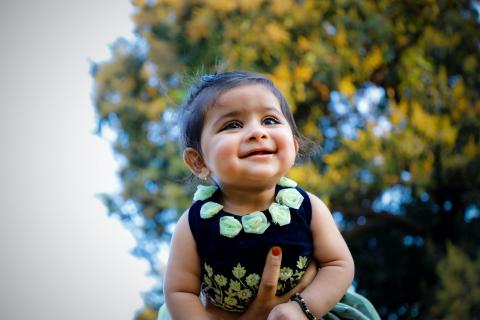 A Melbourne Genomics study published this week demonstrates that genomic testing as a first-line test doubles the number of children diagnosed with complex conditions and drastically reduces the number of invasive tests these children undergo.

This is the first time internationally that such a comparison has been made.

Using genomics, 43% of the children received a diagnosis – almost double the 23% diagnosed using traditional testing approaches four years earlier. The path to diagnosis was also shorter: the average time for a diagnosis with genomics was two and a half times faster.

Diagnoses made with genomic testing had a significant impact on care, with care changing for 74% of the children diagnosed – one in three of those tested (32% of the 2016-2017 cohort). By comparison, care changed for only 8% of children based on 2012-2013 testing approaches.

“This evidence strongly supports the early use of genomic sequencing for complex paediatric patients and emphasises the need to raise awareness among clinicians of the benefits of this testing over traditional approaches.”

Even for children who did not gain a diagnosis, genomic testing ended the usual pathway of invasive investigations.

Further, the study found genomic testing as a first-line test for complex conditions is cost-saving. The average cost per patient was two-thirds that of traditional investigations.

This study, published in Genetics in Medicine,  was part of the Melbourne Genomics Complex Care Clinical Flagship, a multidisciplinary collaboration between The Royal Children’s Hospital, the Murdoch Children’s Research Institute, Monash Health and Austin Health.

Complex conditions in children is one of 16 areas of health investigated by Melbourne Genomics. Patients in this study were among more than 3,800 adults and children who have received genomic testing through Melbourne Genomics since 2014.

The full list of Melbourne Genomics publications in available here.