Home  »  Genomics on the agenda

Genomics on the agenda 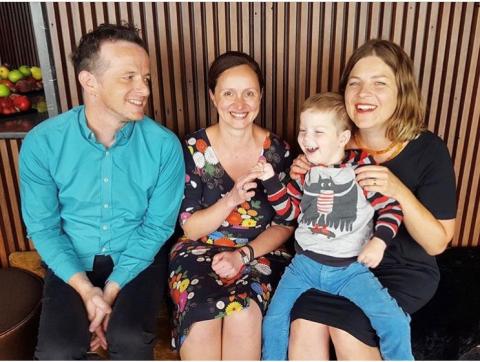 Genomic medicine is increasingly becoming an area of focus in Australia, with the release of two significant reports this week backing this rapidly advancing science.

A report released on Wednesday  (31 January) by The Australian Council of Learned Academies (ACOLA) said precision medicine has the potential to transform Australia’s healthcare system.

Precision medicine takes account of a person’s genetic makeup, protein levels and their environment to enable accurate disease prevention and treatment, tailored to the individual.

The report lays out how precision medicine is likely to evolve over the next decade in Australia, building on medical research in immunology, genetics, vaccines, bionics and imaging. It says advances in precision medicine will reshape healthcare, but the ripple effects will be felt in other fields including agriculture, environmental science and defence.

Australia’s Chief Scientist, Dr Alan Finkel, who commissioned the report on behalf of the Commonwealth Science Council, said it was a roadmap to a better health system for the nation.

“It provides the framework for a healthcare revolution that will shape the lives and choices of all Australians,” Dr Finkel said.

Professor North introduced the audience to four-year-old Louis (and his parents) who received a life-changing diagnosis through genomic sequencing. At just five months of age, Louis was initially diagnosed with a fatal genetic condition; DNA sequencing accurately identified the gene change causing his illness – which is treatable and will not prematurely end his life.

Meanwhile, an Innovation and Science Australia (ISA) report released on Tuesday (30 January) urged the government to adopt new ‘national missions’, including the better use of genomics and precision medicine.

ISA Chair Bill Ferris said one of the report’s 30 recommendations to the Federal Government was that Australia seek to become the world’s healthiest nation through integrating genomics and precision medicine into the healthcare system.

He told ABC Radio the federal government would be ‘absolutely’ focusing on genomics, an area he feels strongly about: ‘This is one of my great personal passions and priorities for the transformation, not just of Australia's medical research but our health system and our treatment over the coming decade.’