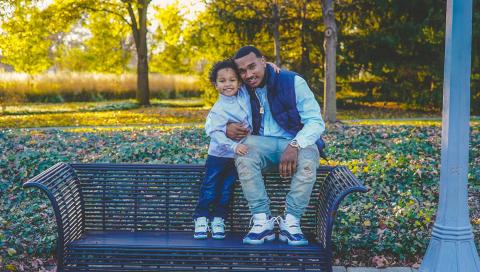 A Melbourne Genomics study published this week has found that genomic testing for patients with suspected genetic kidney disease leads to more definitive diagnosis and has a substantial, quantifiable impact on care.

Of the 204 adults and children tested in the study, 80 received a diagnosis (39%). Genomic testing also had profound implications for care, with 59% of those diagnosed experiencing a change in medical management, including other planned testing no longer being required.

“One of the most important benefits of genomic testing for kidney disease is avoiding unnecessary and invasive diagnostic investigations like renal biopsy,” commented Dr Kushani Jayasinghe.

“Genomic testing requires only a blood sample, whereas biopsies are much more invasive and carry considerable risks and cost, particularly for children. In our study, a planned renal biopsy was no longer needed for 10 patients who received a genomic diagnosis.”

Other changes to patient care included alterations in medical monitoring (44%) and treatment plans (20%), as well as other specific actions such as bringing forward kidney transplantation and informing family planning (9%).

Even in cases where there was no change for the patient tested, genomic results often influenced the care of family members. ‘Cascade’ genetic testing (looking for the specific gene change driving disease) was offered to family members of one in every two diagnosed patients (40/80), and half of those families saw changes in care initiated for family members (23/80).

The genetic kidney disease study, published in Genetics in Medicine, was a multidisciplinary collaboration between The Royal Children’s Hospital, Monash Health, The Royal Melbourne Hospital, Murdoch Children’s Research Institute and Austin Health, under the auspices of Melbourne Genomics Health Alliance, funded by the State Government of Victoria.

Genetic kidney disease is one of 16 areas of health investigated by Melbourne Genomics, and patients in this study were among more than 3,800 adults and children who have received genomic testing since 2014.

The full list of Melbourne Genomics publications is available HERE.

The Melbourne Genomics Genetic Kidney Disease Flagship is part of a broader Australian network of nephrologists, KidGen, which has project coordinator funding from Australian Genomics.

How can a support group help you?

What I wish I'd known as a new genetic counsellor

Pathways to a genetic diagnosis