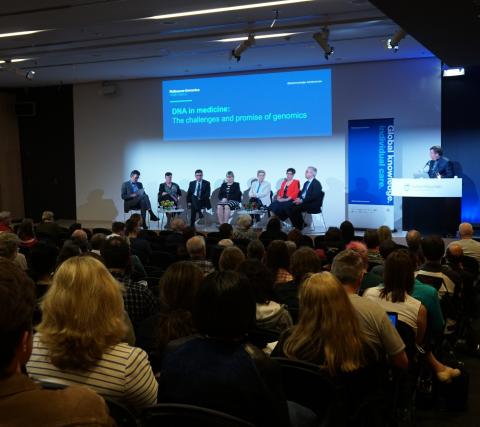 ABC Radio National will broadcast an edited version of the DNA in Medicine public forum on Monday 20 February at 8pm.

This free public forum was originally presented by Melbourne Genomics  in late 2016, drawing a crowd of more than 180 people.

DNA in medicine: The challenges and promise of genomics brought together six expert speakers, facilitated by ABC Radio National’s Paul Barclay, to discuss how genomics is making an impact on healthcare.

The program will be available for download following the broadcast, from ABC RN's Big Ideas .